Being the summer intern, I was surprised to be invited to attend DistilCon. The thought of spending a full week halfway across the country with an entire company that I had just met, was intimidating to say the least. But, after spending a week in Chicago with 140 former strangers who are now cherished colleagues and friends, I can attest that Distil’s culture matches the previous perception of this once-outsider. 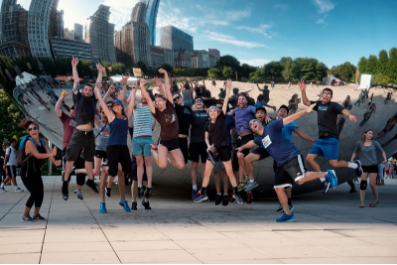 As a current masters student at the UC San Diego School of Global Policy & Strategy, I know firsthand that company culture is a hot topic when searching for employment upon graduation. In the highly competitive San Francisco tech industry, company culture can be the deciding factor when selecting a new employer. Of course ping pong tables, standup desks (they’re healthier), catered lunches, and fridges stocked with kegs (coffee and beer) are all standard—along with happy hours and in-office sports leagues.

But at Distil Networks, the term “company culture” refers to much more than fun features of an 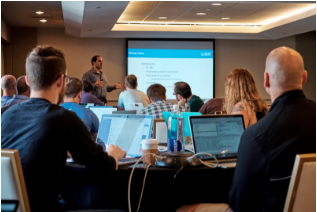 office layout or an action-packed social calendar. Rather, it refers to the openness, values,and growth of the people who comprise Distil. These characteristics of its culture have been integral to Distil since its beginning. That resonated with me at DistilCon, this year’s fifth semi-annual company conference, held in Chicago. Past DistilCons took place in Virginia Beach, Tahoe, Austin, and San Diego.

1. How to Organize a Global Workforce

Even early on, Distil had remote employees and was geographically dispersed. Today, Distil has offices in San Francisco, Arlington, Raleigh, London, and Stockholm, with its different departments split among them.

Distil CEO and Co-Founder Rami Essaid said that DistilCon originated to, “Bring everybody together to remove barriers. We break down the faceless emails where you don’t know who you're communicating with on the other end.” DistilCon is about, “Building synergy, creating alignment, getting us all on the same page and aimed in the right direction.”

Today, many tech companies do annual sales kickoffs. “I have a couple issues with that approach.” Essaid said, “First, as a startup we move really fast. A year is too much time between company-wide gatherings.” Thirty of its 140 employees have been with Distil for less than six months. “Second, I never liked the idea of a sales-only kick-off. Why just the sales team?”

It was eye-opening to see the meshing of those who had been with Distil since its founding in 2011 and others who had been aboard for merely a week. It’s apparent that growth is a big part of the organization and that DistilCon is, “The start of another six-month sprint,” as Essaid put it.

Distil is growing at a rapid rate, not only in terms staffing, but also in relation to departmental growth, product capabilities, and its customer base.

Team breakout sessions were interspersed between Chicago dogs, deep-dish pizzas, and bonding activities—including an Olympics-themed field day and a Cubs game at the iconic Wrigley Field. Distil’s leadership lets employees choose and conduct their own sessions based on topics of interest to them. These facilitated brainstorming and interdepartmental collaboration.

DistilCon provided an invaluable opportunity to bond with all of Distil’s talented people. Throughout the week, stories were shared about where the company has been, where it is now, and where it’s going. It was evident that employees value one another, and that they value Distil because the company values them. “Distil is the tribe that is its employees. That’s the key difference between us and other companies,” Essaid said.

During Essaid’s presentation, he shared how Distil was founded. The story depicted the good, the bad, and the ugly, revealing how multiple mistakes almost prevented Distil from being inaugurated. Rather than omit embarrassing details, Essaid embraced them, choosing to be honest and open with all employees. After hearing about the numerous setbacks, experienced by Distil’s founders, and the hard work and perseverance it took to get Distil where it is today, I could sense the excitement and pride of every employee, newbie and veteran alike. We didn’t need to be told that Distil is special—we could feel it.

5. Perception (Sometimes) is Everything

On one of DistilCon’s closing nights we went to a restaurant where two companies held simultaneous events. The first company portrayed traditional corporate America, its employees mingling about in pressed suits. The second company was loud and energetic, its people wearing everything from T-shirts to high heels -- they appeared to be a bunch of friends enjoying each other’s company. This was Distil Networks and the culture of Distil matches its perception. 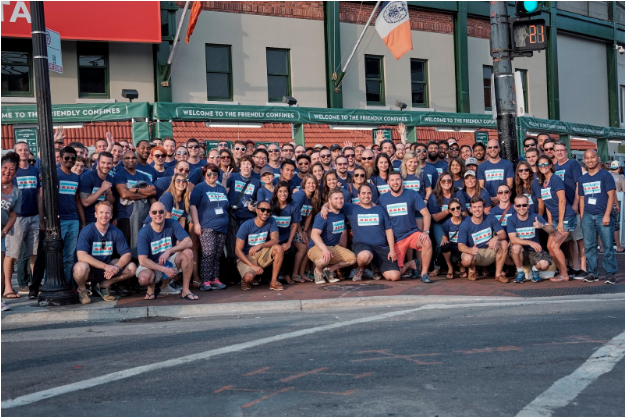 Distil is in a very exciting state of evolution and its culture is bound to be recharacterized every year. Some aspects may stay, while others may change—that comes with the growth of any company and its people. The key is that the culture is organic and is defined by the employees—not office decor, ancillary perks, and dress code. 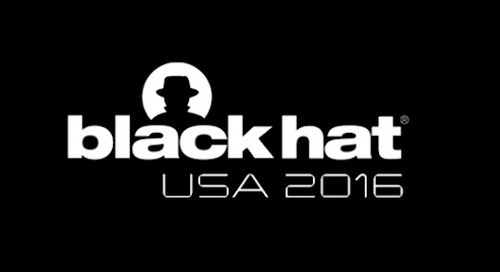 After a full week in Las Vegas at Hacker Summer Camp, the Distil team learned from the best about upcoming ... 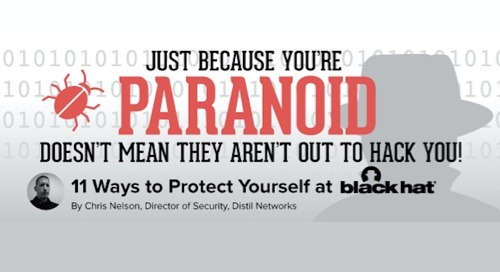 11 Ways to Protect Yourself at Black Hat #BHUSA

The best way to avoid getting hacked at the annual security conference is to not show up. But for those of ...