Home » All Blog Posts » Lesson Learned: Obamacare’s Impact on our Startup and What to do to Avoid Rate Hikes
× Share this Article

Lesson Learned: Obamacare’s Impact on our Startup and What to do to Avoid Rate Hikes

Do you know how the Affordable Care Act (the ACA or, “Obamacare”) will affect your startup?   There’s been a lot of talk about its effect on companies.  In fact, you might say interests in delaying part of the ACA indirectly led to the recent government shutdown which has impacted everyone. But this isnt about everyone, its about the real impact to startups.

I’m not writing to broadcast my politics.  Quite the opposite – I think health care is not political. Healthy employees are happy and productive employees, and providing coverage is common-sense good business.  Your employees should not have to worry excessively about healthcare – they shouldn’t budget their future doctor visits, for example, or skimp on prescriptions to save money.  Healthcare shouldn’t be an obstacle to a productive workplace.  It shouldn’t even be a distraction to one.

I did notice one thing about corporate wariness to new health care laws. The biggest public whiners were large companies, and they spoke out about issues very specific to businesses their size.  Their economies of scale, at hundreds or thousands of employees, are not what we deal with at startups in the foreseeable future. Our perspective never seems to be covered, maybe this is because we arent affected?

Not so much. Truthfully, the ACA can have a huge impact.  Without proactive steps, your startup’s healthcare costs could rise as much as 40%.

Conservative talk shows had it right on this one: Premiums are going up, especially for startups.  Why?  Your employees are likely younger, on average, than those at established and larger companies.  Younger people are statistically healthier, “using” less healthcare than older workers.  Previously, your actuarial risk was lower as a result.

However, you’re no longer judged just on your employees.  In order to spread everyone’s costs around, your company is assessed regionally.  Indirectly, you answer for the healthcare of those around you, not just inside your company.

In the past, you could sometimes defer some of your healthcare costs by offering only high-deductible plans.  You could offer policy choices with higher copays.  You could even incentivize employees to drop coverage altogether.

Now, you can still do some of those tricks, but not as extensively.  There are caps on all three methods, which means a higher premium cost for your company.

Has there ever been a new law that really made life simpler?  Of course not.  The ACA introduces various new taxes and fees, and relatively complex procedures to calculate them.  Once again, higher costs are a consequence.

Is there anything you can do now?

Rather than dwell on what you can’t change, you should focus on what you can do to minimize the effects of the ACA.  First, take a cue from Congress and see if you can kick the can down the road.  Connect with your healthcare provider NOW to see if you can renew your policy before 2014.  In this way, some of the provisions of the ACA don’t become your problem until late 2014, or possibly until 2015.

Second, make sure your employees look at new healthcare exchanges. Traditionally, being self-insured was close to financial suicide.  But under the new laws, the old economic rules don’t inevitably apply.  We also haven’t even seen what the group exchanges will look like – initial reports suggest their pricing will be very competitive.  After everything shakes out entirely, being self-insured might make occasionally make more sense than suffering high deductibles in a company-sponsored plan.

Conclusion: Do Something Now

In the end, it’s probably too late for startups to band together and hire a talking head to pontificate on the evening talk shows (as if that ever makes a difference!).  But it’s not too late to take budgeting and policy steps immediately.  Just like above, don’t let the changing healthcare landscape be an obstacle, or even a distraction. 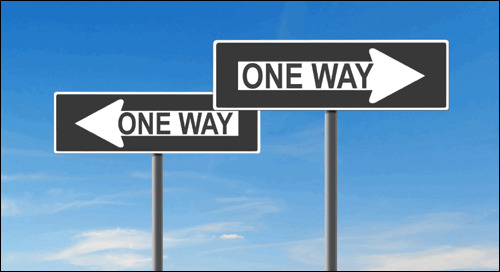 The false dilemma for digital publishers is that they can choose whether or not they guarantee their traffi... 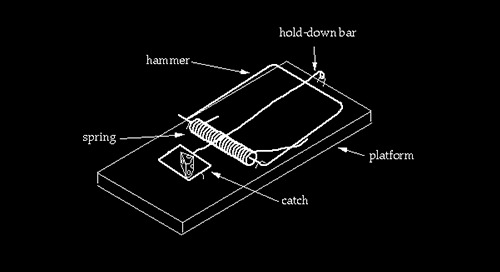 Building A Better Mouse Trap: How We Detect and Block Bot Traffic

Bots are one of the most vexing technical problems web applications must deal with today. They tax server r...